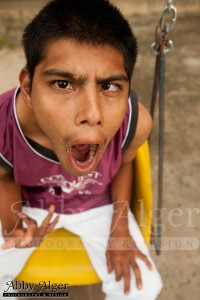 The world once surprised by a bloody incident that killed 26 innocent people who averagely under 7 years old. This incident happened in Connecticut, United States. After had been investigated, the culprit was 20 years old and suspected to suffer autism.

This horror story describes how the autistic person is able to become sadistic murderer beyond his consciousness. This is different with a murderer who are possessed or massacre by inhuman cruel persons. As for, the animalistic instinct of his type of spirit is being awakened influencing the autistic person, such as aferocious tiger that is starving. Such kind of horror incident, it is unpredictable could be done by autistim sufferer. However, the calculation of karma upon the doer will ensure that he is heading for the destiny to be a ferocious animal. And that is the cross-road of autistic. There are those who are being undergone a destiny from an animal to be a human, and from human to animal. It is the transition of nature that is suspected as autism.

END_OF_DOCUMENT_TOKEN_TO_BE_REPLACED

People often assume that autism is a disease, however autism is a symptom of limitation on the development disorder. The autistic sufferer has difficulty in communication and understanding other people’s utterance and feeling. Thus they have social interaction problem.

In our opinion, autism is not a disease or a disorder, rather as the nature intrusion of jinn or animal into human.  Would human admit that matter? Psychologists may not agree with our statement, for they prefer to acknowledge psychological science they possess. END_OF_DOCUMENT_TOKEN_TO_BE_REPLACED

The perfection of genetics should involve the knowledge of law of karma that is fully related to the law of reincarnation and the law of spirit regulation. That in our explanation now there is a subject need to be heeded, that is the natural changing of human nature related to the genetics law by God’s Side. The sins of a mother and her husband have caused them to have children who are naughty and have bad characters. While the righteous and prosperous parent have children who are good and easily to be taught. The accursedness of a nation unto God could change the habitat of that nation. Such is the flow of genetics law by God’s Side always considers the law of karma and the law of reincarnation.